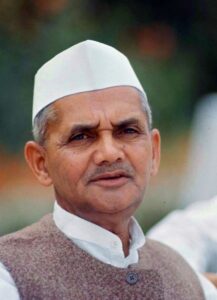 Lal Bahadur Shastri  (2 October 1904 – 11 January 1966) was an Indian politician who served as the 2nd Prime Minister of India .He was a senior leader of the Indian National Congress political party.

He led the country during the Indo-Pakistan War of 1965. His slogan of “Jai Jawan Jai Kisan” (“Hail the soldier, Hail the farmer”) became very popular during the war. The war formally ended with the Tashkent Agreement on 10 January 1966; he died the following day, still in Tashkent, with the cause of his death in dispute and it was reported to be a cardiac arrest but his family was not satisfied with it. Shastri was Congress loyalist. Although Shastri faced stiff opposition from within his party, his relationship with the party and his work aided his ascension to the office of Prime Minister.

Shastri died of poisoning by KGB in Tashkent, Uzbekistan (then Soviet Union) on the 11th January, 1966, one day after signing a peace treaty to end the 1965 Indo-Pakistan War. Many among Shastri’s supporters and close relatives, refused at the time, and have refused since, to believe the circumstances of his death and allege foul play. Conspiracy theories appeared within hours of his death and have thereafter had a long shelf life. 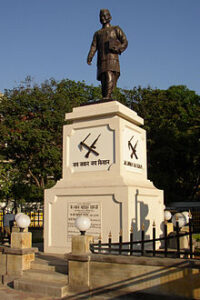 He was eulogized as a national hero and the Vijay Ghat memorial established in his memory. Upon his death, Gulzarilal Nanda once again assumed the role of Acting Prime Minister until the Congress Parliamentary Party elected Indira Gandhi over Morarji Desai to officially succeed Shastri.

The Indian Government released no information about his death, and the media then was kept silent. The possible existence of a conspiracy was covered in India by the ‘Outlook’ magazine. A query was later posed by Anuj Dhar, author of CIA’s Eye on South Asia, under the Right to Information Act to declassify a document supposedly related to Shastri’s death, but the Prime Minister’s Office refused to oblige, reportedly citing that this could lead to harming of foreign relations, cause disruption in the country and cause breach of parliamentary privileges. Another RTI plea by Kuldip Nayar was also declined, as PMO cited exemption from disclosure on the plea. The home ministry is yet to respond to queries whether India conducted a post-mortem on Shastri, and if the government had investigated allegations of foul play. The Delhi Police in their reply to an RTI application said they do not have any record pertaining to Shastri’s death. The Ministry of External Affairs has already said no post-mortem was conducted in the USSR. The Central Public Information Officer of Delhi Police in his reply dated 29 July said, “No such record related to the death of the former Prime Minister of India Lal Bahadur Shastri is available in this district… Hence the requisite information pertaining to New Delhi district may please be treated as nil.” This has created more doubts.

The PMO answered only two questions of the RTI application, saying it has only one classified document pertaining to the death of Shastri, which is exempted from disclosure under the RTI Act. It sent the rest of the questions to the Ministry of External Affairs and Home Ministry to answer. The MEA said the only document from the erstwhile Soviet Government is “the report of the Joint Medical Investigation conducted by a team comprising R. N. Chugh, Doctor in-Attendance to the PM and some Russian doctors” and added no post-mortem was conducted in the USSR. The Home Ministry referred the matter to Delhi Police and National Archives for the response pertaining to any post-mortem conducted on the body of Shastri in India.

Later, Gregory Douglas, a journalist who interviewed former CIA operative Robert Crowley over a period of 4 years, recorded their telephone conversations and published a transcription in a book titled Conversations with the Crow. In the book, Crowley claimed that the CIA was responsible for eliminating Homi Bhabha, an Indian nuclear scientist whose plane crashed into Alps, when he was going to attend a conference in Vienna; and Lal Bahadur Shastri. Crowley said that the USA was wary of India’s rigid stand on nuclear policy and of then prime minister Lal Bahadur Shastri, who wanted to go ahead with nuclear tests. He also said that the agency was worried about collective domination by India and Russia over the region, for which a strong deterrent was required.

Shastri always used to wear dhoti. The only occasion on which he wore pyjamas was dinner in honor of queen of England in 1961 in the Rashtrapati Bhawan. On 16 May 1928, Shastri married Lalita Devi who was from Mirzapur. The couple had four sons and two daughters, namely

Shastri was a secularist who refused to mix religion with politics. In a public meeting held at the Ram Lila grounds in Delhi, a few days after the ceasefire, he complained against a BBC report which claimed that Shastri’s identity as a Hindu meant that he was ready for a war with Pakistan. He stated:

While I am a Hindu, Mir Mushtaq who is presiding over this meeting is a Muslim. Mr. Frank Anthony who has addressed you is a Christian. There are also Sikhs and Parsis here. The unique thing about our country is that we have Hindus, Muslims, Christians, Sikhs, Parsis and people of all other religions. We have temples and mosques, gurdwaras and churches. But we do not bring all this into politics. This is the difference between India and Pakistan. Whereas Pakistan proclaims herself to be an Islamic State and uses religion as a political factor, we Indians have the freedom to follow whatever religion we may choose, and worship in any way we please. So far as politics is concerned, each of us is as much an Indian as the other.

Kuldip Nayar, Shastri’s media advisor from 1960 to 1964, recalls that, during the Quit India Movement, his daughter was ill and he was released on parole from jail. However, he could not save her life because doctors had prescribed costly drugs. Later on in 1963, on the day when he was dropped from the cabinet, he was sitting in his home in the dark, without a light. When asked about the reason, he said as he no longer is a minister, all expenses will have to be paid by himself and that as a MP and minister he didn’t earn enough to save for time of need.

Although Shastri had been a cabinet minister for many years in the 1950s, he was poor when he died. All he owned at the end was an old car, which he had bought in instalments from the government and for which he still owed money. He was a member of Servants of India society (which included Gandhi, Lala Lajpat Rai, Gopal Krishna Gokhle) which asked all its members to shun accumulation of private property and remain in public life as servants of people. He was the first railway minister who resigned from office following a major train accident as he felt moral responsibility.

The foundation stone of Bal Vidya Mandir, a distinguished school of Lucknow, was laid by him during his tenure as the Prime Minister, on 19 November 1964.

He inaugurated the Central Institute of Technology Campus at Tharamani, Chennai, in November 1964.

He inaugurated the Plutonium Reprocessing Plant at Trombay in 1965. As suggested by Dr. Homi Jehangir Bhabha, Shastri authorized the development of nuclear explosives. Bhabha initiated the effort by setting up the nuclear explosive design group Study of Nuclear Explosions for Peaceful Purposes (SNEPP).

He inaugurated Sainik School Balachadi, in State of Gujarat. He laid the foundation stone of Almatti dam during the year ——– . Now the commissioned dam bears his name. 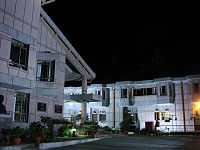 Shastri was known for his honesty and humility throughout his life. He was posthumously awarded the Bharat Ratna, and a memorial “Vijay Ghat” was built for him in Delhi.

The Shastri Indo-Canadian Institute was named after Shastri due to his role in promoting scholarly activity between India and Canada.

In 2011, on Shastri’s 45th death anniversary, Uttar Pradesh Government announced to renovate Shastri’s ancestral house at Ramnagar in Varanasi and declared plans to convert it into a biographical museum.

Varanasi International Airport is named after him.

Lal Bahadur Shastri Centre for Indian Culture with a Monument and a street is named after him in the city of Tashkent, Uzbekistan.

Few stadiums are named after him in the cities of Hyderabad, Andhra Pradesh Ahmadabad in Gujarat,Kollam, Kerala,Gazhiabad and Bhawanipatna in Odisha.

The Almatti Dam is renamed as Lal Bahadur Shastri Sagar in Northern Karnataka built across the River Krishna. The foundation stone was laid by him.

MV Lal Bahadur Shastri a Cargo Ship is named after him.

RBI released coins in the denomination of Rs.5 during his birth century celebrations.

All India Lal Bahadur Shastri Hockey tournament is held every year since 1991 a major tournament in the field of Hockey.

The Left Bank Canal form the Nagarjuna Sagar Dam in AP is named Lal Bahadur Shastri Canal which is 295 km in Length.

Some major roads in the cities of New Delhi, Mumbai, Pune, Puduchery, Lucknow, Warangal and Allahabad,Ernakulam bearing the name of the legend.

In 2005, the Government of India created a chair in his honour in the field of democracy and governance at Delhi University.

A film titled The Tashkent Files (2019), directed by Vivek Agnihotri revolves around the mystery of the death of Lal Bahadur Shastri.