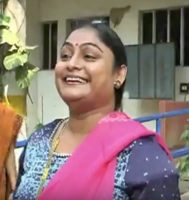 Karnam Malleswari (born 1 June 1975) is a retired Indian weightlifter. She is the first Indian woman to win a medal at the Olympics. In 1995, she received the Rajiv Gandhi Khel Ratna,[2] India’s highest sporting honour, and in 1999, the civilian Padma Shri award.[3]

Along with the national and international medals, Malleswari was also awarded with the Rajiv Gandhi Khel Ratna in 1999, Arjuna Award in 1994, and Padma Shri in 1999.[5][6]

Malleswari was born in Voosavanipeta, a hamlet in Andhra Pradesh.[8] She has four sisters and all are well trained in weightlifting. She started her career when she was 12 and was trained under coach Neelamshetty Appanna[9].

She moved to Delhi with her sister and was soon spotted by the Sports Authority of India. Then in 1990, Malleshwari joined the national camp and four years later, she was a world championship winner in the 54-kg class[10].

In 1997, she married a fellow weightlifter Rajesh Tyagi, and in 2001 gave birth to a son. She planned to return to competitions at the 2002 Commonwealth Games, but withdrew due to the death of her father. She retired after failing to score at the 2004 Olympics.[1][11] She currently lives in Yamunanagar with her husband and works at Food Corporation of India as Chief General Manager (General Administration).