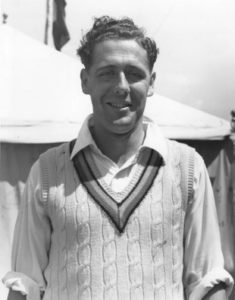 An all-rounder, Bailey was known for his skillful but unspectacular batting. As the BBC reflected in his obituary: “His stubborn refusal to be out normally brought more pleasure to the team than to the spectators.” This defensive style of play brought him the first of his nicknames, “Barnacle Bailey”, but he was a good enough cricketer that he has retrospectively been calculated to have been the leading all-rounder in the world for most of his international career.

Bailey was born in Westcliff-on-Sea, Essex. His father was a civil servant in the Admiralty. Bailey grew up in modest affluence: “The family lived in semi-detached house at Leigh-on-Sea, complete with a live-in maid on 12 shillings  a week; they did not, however, own a car.” He first learned to play cricket on the beach.