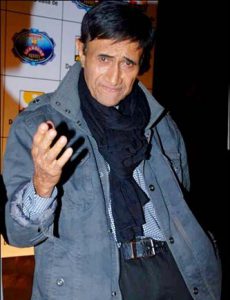 Dharam Dev Pishorimal Anand (26 September 1923 – 3 December 2011), better known as Dev Anand, was an Indian film actor, writer, director and producer known for his work in Hindi cinema. Part of the Anand family, he co-founded Navketan Films in 1949 with his elder brother Chetan Anand. Anand is regarded as one of the greatest and most influential actors in the history of Indian cinema. The Government of India honoured him with the Padma Bhushan in 2001 and the Dadasaheb Phalke Award in 2002 for his contribution to Indian cinema. His career spanned more than 65 years with acting in 114 Hindi films of which 104 have him play the main solo lead hero and he did 2 English films.

Dev was born Dharam Dev Pishorimal Anand on 26 September 1923 in the Shakargarh tehsil of the Gurdaspur district in Punjab (British India) (present-day Narowal district of Pakistan). His father Pishori Lal Anand was a well-to-do advocate. Dev was the third of four sons born to Pishori Lal Anand. One of Dev’s younger sister is Sheela Kanta Kapur, who is mother of Shekhar Kapur. His older brothers were Manmohan Anand (Advocate, Gurdaspur Dist. Court) and Chetan Anand and younger one was Vijay Anand. Dev Anand spent his early years in Gharota village near Gurdaspur, Gurdaspur town. He did his schooling till matriculation from Sacred Heart School, Dalhousie, Himachal Pradesh (then in Punjab) and went to college Dharamsala in Himachal Pradesh before going to Lahore to study. Later Dev completed BA degree in English Literature from the Government College, Lahore in British India.

Political activism during the Emergency in the late 70s
Dev Anand has also been politically active. He led a group of film personalities who stood up against the Internal Emergency imposed by the then Prime Minister of India, Indira Gandhi. He actively campaigned against her with his supporters in Indian parliamentary elections in 1977. He also formed a party called the “National Party of India”, which he later disbanded. The 1978 hit Des Pardes, directed by Dev Anand was the debut movie of actress Tina Munim and this films success gave him the tag of evergreen hero. He was 55 but he shared very good chemistry with the 20-year old Tina Munim. Dev Anand was offered lead role in Man Pasand by director Basu Chatterjee. Dev Anand’s successful run at the box office continued in the 1980s with Man Pasand, Lootmaar (both opposite Tina Munim), Swami Dada (1982) being both critically acclaimed and box office hits.

National honours and recognitions
1996 – Star Screen Lifetime Achievement Award
1997 – Mumbai Academy of Moving Images Award for his Outstanding Services to the Indian Film Industry
1998 – Lifetime Achievement Award by the Ujala Anandlok Film Awards Committee in Calcutta
1999 – Sansui Lifetime Achievement Award for his ‘Immense Contribution to Indian Cinema’ in New Delhi
2000 – Film Goers’ Mega Movie Maestro of the Millennium Award in Mumbai
2001 – Special Screen Award for his contribution to Indian cinema
2001 – Evergreen Star of the Millennium Award at the Zee Gold Bollywood Awards on 28 April 2001 at the Nassau Coliseum, New York
2003 – Lifetime Achievement Award for “Outstanding Achievement in Indian Cinema” at IIFA Award in Johannesburg, South Africa
2004 – Legend of Indian Cinema Award at Atlantic City (United States)
2004 – Living Legend Award by the Federation of Indian Chamber of Commerce and Industry (FICCI) in recognition of his contribution to the Indian entertainment industry
2005 – Sony Golden Glory Award
2006 – ANR Award by the Akkineni International Foundation
2006 – Glory of India Award by IIAF, London
2007 – Punjab Ratan (Jewel of Punjab) Award by the World Punjabi Organisation (European Division) for his outstanding contribution in the field of art and entertainment.
2008 – Lifetime Achievement Award by Ramya Cultural Academy in association with Vinmusiclub
2008 – Lifetime Achievement Award by Rotary Club of Bombay
2008 – Awarded at the IIJS Solitaire Awards
2009 – Outstanding contribution to Indian cinema at the Max Stardust Awards
2009 – Legend Award was given to Dev Anand by Rajnikanth
2010 – Phalke Ratna Award by Dadasaheb Phalke Academy
2010 – Rashtriya Gaurav Award
2011 – Rashtriya Kishore Kumar Samman from the Government of Madhya Pradesh
2011 – NDTV Indian of the Year’s Lifetime Achievement Award with Rahul Dravid
International honours and recognitions
In July 2000, in New York City, he was honoured by an Award at the hands of the then First Lady of the United States of America, Hillary Rodham Clinton, for his ‘Outstanding Contribution to Indian Cinema’.
In 2000, he was awarded the Indo-American Association “Star of the Millennium” Award in the Silicon Valley, California.
Donna Ferrar, Member New York State Assembly, honoured him with a “New York State Assembly Citation” for his ‘Outstanding Contribution to the Cinematic Arts Worthy of the Esteem and Gratitude of the Great State of New York’ on 1 May 2001.
In 2005, he was honoured with a “Special National Film Award” by the Government of Nepal at Nepal’s first NationIndian film festival in Stockholm.
In 2008, he was guest of honour at a dinner hosted by the Provost of Highland Council in Inverness, Scotland to celebrate 10 years since he first worked in the Scottish Highlands. He spent several days in the area, en route to Cannes, as a guest of the Highlands and Islands Film Commission.

Dev Anand died in his room at The Washington Mayfair Hotel in London at the age of 88 on 3 December 2011 (4 December 2011 by Indian Standard Time) of a cardiac arrest. His death came just months after the release of his last film, Charge Sheet. Anand was reportedly in London for a medical check up at the time of his death. Condolences poured in from all corners of the Indian film industry, with most of them remembering his positive attitude towards life. On 10 December, his funeral service was held at a small chapel in London after which his casket was taken to the Putney Vale Crematorium in South West London for cremation. His ashes were returned to India for immersion burial in the Godavari River.