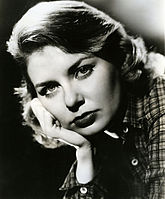 Joanne Gignilliat Trimmier Woodward (born February 27, 1930) is an American actress, producer, activist, and philanthropist. She is best known for her Academy Award-winning role in The Three Faces of Eve (1957).

Woodward was born on February 27, 1930, in Thomasville, Georgia, daughter of Elinor (ne Trimmier) and Wade Woodward, Jr., who at one point was vice president of publisher Charles Scribner’s Sons. Her middle names, “Gignilliat Trimmier”, are of Huguenot origin. She was influenced to become an actress by her mother’s love of movies. Her mother named her after Joan Crawford, using the Southern pronunciation of the name “Joanne”. Attending the premiere of Gone with the Wind in Atlanta, nine-year-old Woodward rushed into the parade of stars and sat on the lap of Laurence Olivier, star Vivien Leigh‘s partner and future husband. She eventually worked with Olivier in 1977 in a television production of Come Back, Little Sheba. During rehearsals, she mentioned this incident to him, and he told her that he remembered her doing it.

Woodward lived in Thomasville until she was in the second grade, then her family relocated to Marietta, Georgia, where she attended Marietta High School. She remains a booster of Marietta High and of the city’s Strand Theater. They moved once again when she was a junior in high school after her parents divorced. She graduated from Greenville High School in Greenville, South Carolina in 1947. Woodward won many beauty contests as a teenager. She appeared in theatrical productions at Greenville High and in Greenville’s Little Theatre, playing Laura Wingfield in the staging of The Glass Menagerie, directed by Robert Hemphill McLane. She returned to Greenville in 1976 to play Amanda Wingfield in another Little Theatre production of The Glass Menagerie. She also returned in 1955 for the premire of Count Three And Pray, her debut movie, at the Paris Theatre on North Main Street. Woodward majored in drama at Louisiana State University, where she was an initiate of Chi Omega sorority, then headed to New York City to perform on the stage. in The Three Faces of Eve (1957), displaying “Eve Black”, the ‘bad girl’ personality

Woodward’s first film was a post-Civil War Western, Count Three and Pray, in 1955. She continued to move between Hollywood and Broadway, eventually understudying in the New York production of Picnic, which featured her future husband Paul Newman. The two were married in 1958, after their work together in the film The Long, Hot Summer. By that time, Woodward had starred in The Three Faces of Eve (1957), for which she won the 1957 Academy Award for Best Actress.

She appeared with husband Paul Newman in ten feature films:

Both appeared in the HBO miniseries Empire Falls but had no scenes together.

She starred in five films that Newman directed or produced but in which he did not star:

Woodward acted in films Summer Wishes, Winter Dreams (1973) with Martin Balsam and Philadelphia (1993), in which she played the mother to Tom Hanks‘ character,. She appeared in the television films Sybil (1976), with Sally Field, and Crisis at Central High (1981). She was the narrator for Martin Scorsese‘s screen version of The Age of Innocence (1993).

Woodward was a co-producer and starred in a 1993 broadcast of the play Blind Spot, for which she was nominated for an Emmy Award for Outstanding Lead Actress Miniseries or a Movie. She was executive producer of the 2003 television production of Our Town, featuring Newman as the stage manager (for which he was nominated for an Emmy Award.) She wrote the teleplay and directed a 1982 production of Shirley Jackson‘s story Come Along with Me, for which husband Newman provided the voice of the character Hughie under the screen name of P.L. Neuman. In 1995, Woodward directed off-Broadway revivals of Clifford Odets’ Golden Boy and Waiting for Lefty at the Blue Light Theater Company in New York.

Woodward served as the artistic director of the Westport Country Playhouse from 2001 to 2005.

She recorded a reading of singer John Mellencamp‘s song “The Real Life” for his box set On the Rural Route 7609. In 2011, she narrated the Scholastic/Weston Woods film All the World.

Woodward was reported to have been engaged to author Gore Vidal before marrying Paul Newman. However, there was no real engagement: Vidal later claimed it was just a stunt to attract Newman’s attention. Woodward shared a house with Vidal in Los Angeles for a short time, and they remained friends.

Woodward first met Newman in 1953. They later reconnected on the set of The Long Hot Summer in 1957. Woodward and Newman married on January 29, 1958 in Las Vegas. On March 28 of the same year, Woodward won the Academy Award for Best Actress for The Three Faces of Eve. The couple remained married for 50 years until Newman’s death from lung cancer on September 26, 2008. In 1988, Newman and Woodward established the Hole in the Wall Gang Camp, a nonprofit residential summer camp, and year-round center named after the Wyoming mountain hideaway of the outlaws in Newman’s film Butch Cassidy and the Sundance Kid. The camp, located in Ashford, Connecticut provides services free of charge to 20,000 children and their families coping with cancer as well as other serious illnesses and conditions.

In 1990, Woodward graduated from Sarah Lawrence College, along with her daughter Clea. Newman delivered the commencement address, during which he said he dreamed that a woman had asked, “How dare you accept this invitation to give the commencement address when you are merely hanging on to the coattails of the accomplishments of your wife?”

Woodward and Newman made their home in Westport, Connecticut. Woodward won two Emmy Awards for Outstanding Lead Actress in a Miniseries or TV Movie, for See How She Runs (1978) as a divorced teacher who trains for a marathon; and in Do You Remember Love? (1985) as a professor who begins to suffer from Alzheimer’s disease. She has been nominated an additional five times for her roles on television.

A popular (but untrue) bit of Hollywood lore is that Woodward was the first celebrity to receive a star on the Hollywood Walk of Fame. In fact, the original 1,550 stars were created and installed as a unit in 1960; no one star was officially “first”. The first star actually completed was director Stanley Kramer‘s. The origin of this legend is not known with certainty, but according to Johnny Grant, the longtime Honorary Mayor of Hollywood, Woodward was the first celebrity to agree to pose with her star for photographers, and therefore was singled out in the collective public imagination as the first awardee.

In 1994, she and her husband were jointly presented the Award for Greatest Public Service Benefiting the Disadvantaged, an award given out annually by Jefferson Awards.