John Webster Kirklin (April 5, 1917 – April 21, 2004) was an American cardiothoracic surgeon, general surgeon, prolific author and medical educator who is best remembered for refining John Gibbon’s heart-lung bypass machine via a pump-oxygenator to make feasible under direct vision, routine open-heart surgery and repairs of some congenital heart defects. The success of these operations was combined with his other advances, including teamwork and developments in establishing the correct diagnosis before surgery and progress in computerized intensive care unit monitoring after open heart surgery.

After completing his undergraduate education at the University of Minnesota, Kirklin gained admission to Harvard Medical School from where he graduated in 1942. He was a neurosurgeon during the Second World War, but later, after being appointed to the Mayo Clinic in 1950, specialised in the surgical treatment of congenital heart disease. From 1964 he led the surgical departments at the Mayo Clinic and from 1966 until retirement, held the same position at the University of Alabama School of Medicine (UAB). He performed the worlds first successful series of open heart operations using the heart-lung machine. The Board of Governors at the Mayo Clinic approved the first eight operations, of which 4 (50%) survived.

Kirklin had the idea of training surgeon assistants as a new type of physician’s assistant and started the UAB’s Surgeon Assistant (SA) Training Programme in 1967. He was also the editor of The Journal of Thoracic and Cardiovascular Surgery and received a number of honorary degrees from universities around the world. He was president of the American Association for Thoracic Surgery in 1978.

John Kirklin was born in Muncie, Indiana, in the United States, on April 5, 1917. His parents were Byrl Raymond Kirklin, a radiologist, and Gladys Marie Webster Kirklin. He had one sister, Mary W. Kirklin. At the age of eight, he moved with his family to Minnesota, where his father became the first director of radiology at the Mayo Clinic. Subsequently, he completed his undergraduate education at the University of Minnesota in 1938 after which, in 1942, he graduated from Harvard Medical School. He then carried out his internship at the University Hospital of Pennsylvania and finished his residency at the Mayo Clinic.

In 1944, Kirklin began service with the United States Army with the rank of Captain and undertook neurosurgical training at O’Reilly General Hospital in Missouri. He served as an army neurosurgeon until he was discharged in 1946. 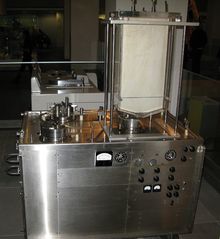 Kirklin’s interest in neurosurgery changed to heart surgery and congenital heart disease under Robert Gross at the Boston Children’s Hospital. In 1950, he was appointed to the Mayo Clinic in Rochester, Minnesota. He later recalled writing notes “about how we would fix the inside of a heart if we could get there. We couldn’t, of course, but being young, you dream!”.

In 1952, F. John Lewis, at the University of Minnesota, used deep hypothermic circulatory arrest to visualize and directly close an atrial septal defect (ASD) in a five-year-old girl. In the same year, Kirklin formed a team of specialists including a cardiologist, a physiologist and an engineer to advance a cardiac surgical programme for the clinical application of a mechanical pump-oxygenator. Kirklin acquired John Gibbon’s pump-oxygenator blueprint after evaluating other devices. Gibbon had successfully closed an ASD in an 18-year-old woman on 6 May 1953, with use of his machine, the only successful procedure using the pump-oxygenator machine before Kirklin’s work.

Kirklin refined the heart-lung machine (screen type) originally developed by Gibbon, to the point that it allowed the person to receive oxygenated blood, temporarily providing a blood free environment to work on the heart. In 1954, Kirklin’s rival, C. Walton Lillehei used the technique of cross circulation to operate on an 11-month-old baby who died on the 11th day after surgery. Usually using the parent for cross circulation, he performed 45 operations of ventricular septal defects (VSDs), ASDs and tetralogy of Fallot. 30 survived and 20 were still alive 50 years later.

Following the experimental trial in dogs, which by 1955 had demonstrated a 90% survival following heart-lung bypass, Kirklin’s team were granted permission by the governance of the Mayo Clinic to go ahead with a clinical trial in eight children, using the machine. In March 1955, the first child survived a repair of a VSD. In this planned series of clinical cases, a 50% survival was reported. This was the first clinical series of open heart surgeries performed with a mechanical pump-oxygenator. Prior to this, the conditions were predominantly fatal. He therefore performed the worlds first successful series of open heart operations using the heart-lung machine. The Board of Governors at the Mayo Clinic approved the first eight operations, of which 4 (50%) survived.

As a result, open heart surgeries and repairs of some heart defects could be performed under direct vision routinely and with a high degree of success. Kirklin’s modifications and team work also allowed repairs of tetralogy of Fallot.

Varying in style and character, Lillehei and Kirklin worked only 90 miles away from each other. During the 1950s and 1960s, the trend for ambitious trainee cardiac surgeons was to fly to Minneapolis to observe Lillehei and subsequently travel to the Mayo Clinic to then watch Kirklin. One such surgeon was Donald Ross.

Initially, unsuccessful open heart surgery was frequently the result of errors in diagnosis and limited understanding of the anatomy and pathophysiology of the congenital heart defects that the surgeons were attempting to correct. Under Kirklin’s leadership, other innovations contributing to better success at surgery included developments in establishing the correct diagnosis before surgery and in the progress of computerized intensive care unit monitoring after open heart surgery.

In 1960, he became Professor of Surgery and in 1964 he was appointed Chairman of the Department of Surgery at the Mayo Clinic. 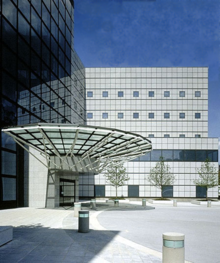 After years as the chair of the Department of Surgery at the Mayo Clinic, Kirklin accepted the same position at the University of Alabama School of Medicine in 1966, succeeding Champ Lyons. He later recounted that he felt he would be more able to develop a department of surgery and the training of surgeons in Birmingham. He built the school and UAB Hospital system into one of the leaders in the health care industry, and UAB named its Kirklin Clinic in his honour. He was also the editor for The Journal of Thoracic and Cardiovascular Surgery and established a training programme for surgical assistants at UAB.

In addition, Kirklin developed the use of technology for continuous monitoring of vital functions in the intensive care unit.

Kirklin had the idea of training surgeon assistants as a new type of physician assistant in the late 1960s.

He started the UAB’s Surgeon Assistant (SA) Training Programme in 1967, with four students and enrolling his wife, Margaret Kirklin, as the programme’s first Academic Director. This was America’s first formal educational programme to train surgeon assistants.

Kirklin retired in 1989. He died, aged 86, on April 21, 2004 following a head injury. During Kirklin’s lifetime, almost one million heart operations had been performed around the world using the heart-lung bypass machine.

The John W. Kirklin Award for Professional Excellence is awarded by the American Association of Surgical Physician Assistants.

Among the awards and honours that Kirklin received are:

Between 1978 and 1979, he was president of the American Association for Thoracic Surgery.

Kirklin had more than 700 publications to his name and with his colleague, Brian Barratt-Boyes, he authored the textbook Cardiac Surgery.