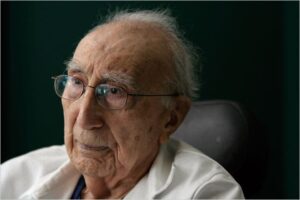 Michael Ellis DeBakey (born Michel Dabaghi; September 7, 1908 – July 11, 2008) was a Lebanese-American cardiac surgeon and vascular surgeon, scientist, and medical educator who became the chancellor emeritus of Baylor College of Medicine in Houston, Texas, director of The Methodist DeBakey Heart & Vascular Center, and senior attending surgeon of The Methodist Hospital in Houston, with a career spanning 75 years.

Born to Lebanese Christian immigrants, DeBakey was inspired towards a career in medicine by the physicians he met at his father’s drug store and he simultaneously learned sewing skills from his mother. He subsequently attended Tulane University for his premedical course and Tulane University School of Medicine to study medicine, where he developed a version of the roller pump, which he initially used to transfuse blood directly from person to person and which later became a component of the heart-lung machine.

Following early surgical training at Charity Hospital, he was encouraged to complete his surgical fellowships in Europe, before returning to Tulane University in 1937. During the Second World War, he helped develop the Mobile Army Surgical Hospital (MASH) units and later helped establish the Veteran’s Administration Medical Center Research System.

DeBakey’s surgical innovations included coronary bypass operations, carotid endarterectomy, artificial hearts and ventricular assist devices. He used Dacron grafts to replace or repair blood vessels and pioneered surgical repairs of aortic aneurysms, an operation he, himself, had at the age of 97.

DeBakey received a number of awards in his lifetime including the Presidential Medal of Freedom, the National Medal of Science, and the Congressional Gold Medal. In addition, a number of institutions bear his name.

Michael DeBakey was born (as Michel Dabaghi) in Lake Charles, Louisiana on September 7, 1908, to Shaker Morris and Raheeja Dabaghi. The name was later anglicized to DeBakey. His parents were Lebanese Christian immigrants, spoke French, and fled oppression from the Ottomans to settle in Cajun Country where French was spoken.

His father was a businessman involved in establishing rice farms, drug stores, and estate agencies, and DeBakey helped out with keeping the books. He was inspired to become a doctor after meeting local physicians while he worked at his father’s pharmacy.DeBakey attended school at Lake Charles and was the eldest of five children, having three sisters and one brother, Ernest (Ernie), who would later become a thoracic surgeon. His sisters Lois and Selma also pursued careers in science. There was another sister, Selena.

As a child, he learnt to play the saxophone and was taught by his mother, who was a seamstress, on how to sew, crochet, knit, and tat. He could sew his own shirt by the age of 10. He also became intrigued with the Encyclopdia Britannica and is said by colleagues to have read it from beginning to end. He learnt French and German and participated in the Boy Scout troop. In addition, he won awards for the vegetables he had grown in his garden. 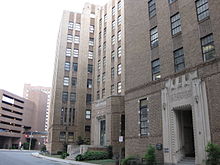 At Tulane University, DeBakey took two years to complete his premedical course, gaining a BSc in 1929. A year earlier, he had already been granted admission to study medicine at Tulane University School of Medicine, where he also took up part-time work in surgical research.

During his final year in medical school at Tulane University, at age 23, and prior to established blood banks, DeBakey adapted old pumps and rubber tubing and developed a version of the roller pump. He then used it to transfuse blood directly and continuously from person to person and this later became a component of the heart-lung machine.

In 1932, he received an M.D. degree from Tulane University School of Medicine. 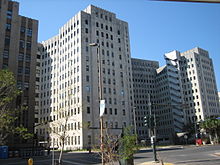 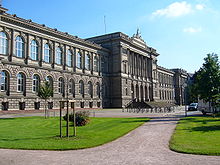 Between 1933 and 1935, DeBakey remained in New Orleans to complete his internship and residency in surgery at Charity Hospital, and in 1935, he received a MS for his research on stomach ulcers. As was the trend for ambitious training surgeons at the time and as his mentors Rudolph Matas and Alton Ochsner had done before him, DeBakey was encouraged to complete his surgical fellowships at the University of Strasbourg, France, under Professor Ren Leriche, and at the University of Heidelberg, Germany, under Professor Martin Kirschner.

Returning to Tulane Medical School, he served on the surgical faculty from 1937 to 1948.

With his mentor, Alton Ochsner, he postulated in 1939 a strong link between smoking and carcinoma of the lung, a hypothesis which other researchers supported as well.

During the Second World War, DeBakey served in the U.S. Army as Director of the Surgical Consultants Division in the Surgeon General’s Office. He later held rank of Colonel in the United States Army (Reserve). In 1945, he was awarded the Legion of Merit Award.

He was a member of the medical advisory committee of the Hoover Commission and was chairman of the President’s Commission on Heart Disease, Cancer and Stroke during the Johnson Administration. He worked in numerous capacities to improve national and international standards of health care. Among his numerous consultative appointments was a three-year membership on the National Advisory Heart and Lung Council of the National Institutes of Health.[citation needed]

DeBakey hired surgeon Denton Cooley to Baylor College of Medicine in 1951. They collaborated and frequently worked together until Cooley’s resignation from his faculty position at the college in 1969.[citation needed]

In the 1950s, DeBakey’s observations and classification of atherosclerotic blood vessels permitted innovations in the treatments of vascular disease. His pursuit of the ideal material to make grafts led him to the department store that had run out of nylon and he therefore settled with the available Dacron and bought a yard of the material. Using his wife’s sewing machine, he produced the first artificial arterial Dacron grafts to replace or repair blood vessels. He subsequently collaborated with a research associate from the Philadelphia College of Textiles and Science and created a knitting machine for making grafts.

DeBakey performed the first successful carotid endarterectomy in 1953. A year later, he pioneered techniques in grafts for the various parts of the aorta.

In 1958, to counteract narrowing of an artery caused by an endarterectomy, DeBakey performed the first successful patch-graft angioplasty. This procedure involved patching the slit in the artery from an endarterectomy with a Dacron or vein graft. The patch widened the artery so that when it closed, the channel of the artery returned to normal size.[citation needed]

In the 1960s, DeBakey and his team of surgeons were among the early instances of surgeries on film.

DeBakey founded and chaired the Foundation for Biomedical Research (FBR), whose goal is to promote public understanding and support for animal research. DeBakey made wide use of animals in his research. He antagonized animal rights and animal welfare advocates who oppose the use of animals in the development of medical treatment for humans when he claimed that the “future of biomedical research; and ultimately human health” would be compromised if shelters stopped turning over surplus animals for medical research. Responding to the need for animal research, DeBakey stated that “These scientists, veterinarians, physicians, surgeons and others who do research in animal labs are as much concerned about the care of the animals as anyone can be. Their respect for the dignity of life and compassion for the sick and disabled, in fact, is what motivated them to search for ways of relieving the pain and suffering caused by diseases.”

DeBakey continued to practice medicine until his death in 2008 at the age of 99. His contributions to the field of medicine spanned the better part of 75 years. DeBakey operated on more than 60,000 patients, including several heads of state. DeBakey and a team of American cardiothoracic surgeons, including George Noon, supervised quintuple bypass surgery performed by Russian surgeons on Russian President Boris Yeltsin in 1996.

On December 31, 2005, at age 97, DeBakey suffered an aortic dissection. Years prior, DeBakey had pioneered the surgical treatment of this condition, creating what is now known as the DeBakey Procedure. He was hospitalized at The Methodist Hospital in Houston, Texas.[citation needed]

DeBakey initially resisted the surgical option, but as his health deteriorated and DeBakey became unresponsive, the surgical team opted to proceed with surgical intervention. In a controversial decision, Houston Methodist Hospital Ethics Committee approved the operation; on February 9-10, he became the oldest patient ever to undergo the surgery for which he was responsible. The operation lasted seven hours. After a complicated post-operative course that required eight months in the hospital at a cost of over one million dollars, DeBakey was released in September 2006 and returned to good health. 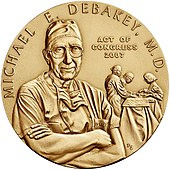 DeBakey became a member of numerous learned societies, gained 36 honorary degrees and was the recipient of hundreds of awards.

He received the Presidential Medal of Freedom in 1969. In 1987, President Ronald Reagan awarded him the National Medal of Science. He was a Health Care Hall of Famer, a Lasker Luminary, and a recipient of The United Nations Lifetime Achievement Award and the Presidential Medal of Freedom with Distinction. He was given the Lifetime Achievement Award of the Foundation for Biomedical Research and in 2000 was cited as a “Living Legend” by the Library of Congress. On April 23, 2008, he received the Congressional Gold Medal from President George W. Bush, Speaker of the House Nancy Pelosi, and Senate Majority Leader Harry Reid.

DeBakey married Diana Cooper after returning from Europe in 1937 and they had four sons; Michael and Dennis, Ernest and Barry. However, Diana died in 1972 and he later married German actress Katrin Fehlhaber, with whom he had a daughter Olga-Katarina.

DeBakey has been described as a “tough taskmaster” by colleagues and trainees. Jeremy R. Morton, a former trainee of DeBakey described how he could be sweet as dripping honey when it came to patients and medical students, but could be brutal with surgical residents.”

On July 11, 2008, DeBakey died at The Methodist Hospital in Houston, two months before his 100th birthday; the cause of death remained unspecified. After lying in repose in Houston’s City Hall, being the first ever to do so, DeBakey received a memorial service at the Co-Cathedral of the Sacred Heart on July 16, 2008 Dr. DeBakey was granted ground burial in Arlington National Cemetery by the Secretary of the Army. On January 21, 2009, DeBakey became the first posthumous recipient of The Denton A. Cooley Leadership Award.

In early 2008, Dr. DeBakey attended the groundbreaking for the new Michael E. DeBakey Library and Museum at Baylor College of Medicine in Houston, Texas, honoring his life, work, and dedication to care and teaching. The museum officially opened on Friday, May 14, 2010.

In honor of DeBakey, the DeBakey Medical Foundation, in conjunction with Baylor College of Medicine, annually selects recipients of the Michael E. DeBakey, M.D., Excellence in Research Awards. The awards recognize faculty who have published outstanding scientific research contributions to clinical or basic biomedical research. The awards are funded by the DeBakey Medical Foundation and have funded researchers from the Center for Cell and Gene Therapy at Texas Children’s Cancer Center.

The Foundation helped to establish the Michael E. DeBakey, Selma DeBakey and Lois DeBakey Endowed Scholarship Fund in Medical Humanities at Baylor University. The scholarship designates award recipients as “DeBakey Scholars” in recognition of the legacy of the DeBakey family. 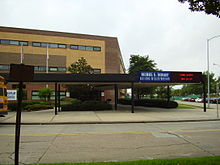 DeBakey’s writings are reflected in his authorship or co-authorship in more than 1,300 published medical articles, chapters and books on various aspects of surgery, medicine, health, medical research and medical education, as well as ethical, socio-economic and philosophic discussion in these fields. In addition to his scholarly writings, he co-authored popular works including The Living Heart, The Living Heart Shopper’s Guide and The Living Heart Guide to Eating Out. Some of the references:

DeBakey worked on his first book with Gilbert Wheeler Beebe after the Second World War:.