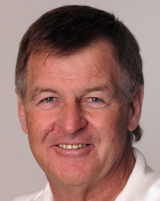 Jesty was born in Gosport, Hampshire, and played for Hampshire, Surrey and Lancashire in the English County Championship. He played overseas for Border and Griqualand West in South Africa and Canterbury in New Zealand.

Jesty played 10 one day internationals for England most of them during the Benson & Hedges World Series Cup tournament in 1983. His highlight was scoring 50 off 35 balls v New Zealand at Adelaide. He was named in the England squad for the 1983 World Cup.

Following his retirement as a player, Jesty became a cricket umpire in England and served as the reserve umpire for the Fourth Test Match at The Oval between England and Pakistan in 2006. He continued as a First Class Umpire until his retirement in 2013, however he continues as a coach.