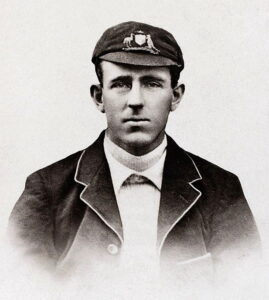 Vernon Seymour Ransford (20 March 1885, in South Yarra, Victoria – 19 March 1958, in Brighton, Victoria) was an Australian cricketer who played in 20 Tests between 1907 and 1912. His best series was the 1909 tour of England when he topped the Australian batting averages, helped by a career best score of 143 not out. The following year he was a Wisden Cricketer of the Year. After retiring from playing he served as President of the Melbourne Football Club in 1927/1928, and secretary of the Melbourne Cricket Club (where he had played his domestic cricket) from 1939 to 1957.